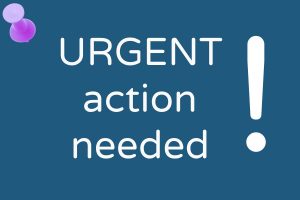 In June this year, 628 organisations from 152 countries joined a statement asking the United Nations Human Rights Council to create a Special Procedure: an Independent Expert on Sexual Orientation and Gender Identity (SOGI). The mandate was brought into existence by a vote of the 47-member Human Rights Council, and in September Professor Vitit Muntarbhorn from Thailand was appointed to fill the position.

In November, a group of States tabled a resolution at the United Nations General Assembly 3rd Committee in New York that threatens to undermine the creation of this mandate. This threat is to the integrity of the human rights framework and its impact goes far beyond the SOGI Independent Expert, setting a dangerous precedent for other parts of the human rights system to be undermined.

Eight Latin American States have filed an amendment to the resolution that will safeguard the mandate and protect the human rights system.

We have only 3 days, until Sunday, November 20 2016, 5pm New York time to make a difference. Join your voice to the diverse voices f civil society around the world by:

2) mobilising the maximum number of organisations to also sign.

Let’s make together another historic moment for our communities, for human rights and the world!