Dear friends,
Once again, it is a pleasure to share with you what the ARC team has been doing during recent months. We have engaged actively in UN spaces to push LGBTI rights forward, and we also delivered several trainings aiming at strengthening our allied NGOs’ capacities. We continued to enhance our networking, as well as delivered conference presentations and speeches.
This newsletter reviews key activities in recent months.

The highlight of HRC 35 was the presentation of the Report of the Independent Expert on SOGI. The presentation itself marked the culmination of a year long struggle to preserve the mandate which faced unprecedented challenge in the General Assembly. Given the context, the IE’s Report received a polarized treatment at the 35th Session. It was warmly welcomed by those states supportive of the mandate and states which were critical stated that they did not recognize the mandate. The Report itself showed the opportunities present in continued engagement with the IE, with an aim to produce expert, up-to-date knowledge on the current challenges facing the LGBTI community, as well as updated documentation on best practices with respect to combating violence and discrimination on grounds of sexual orientation and gender identity. 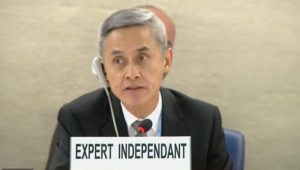 ARC’s side event at HRC35

ARC International organized a side event on “Extra-judicial violence and killings based on sexuality and gender: A multi-sectoral analysis and response” at the 35th session of the Human Rights Council. Moderated by our Geneva Director Arvind Narrain, the panel was addressed by Agnes Callamard (UN Special Rapporteur on extrajudicial, summary or arbitrary executions), Mark Allen (Executive Director, Human Rights and Indigenous Affairs Policy at Global Affairs Canada), Ricky Nathanson (founder of Trans* Research, Education, Advocacy & Training), and Nazeeha Saeed (award winning journalist). The panel attempted to contribute to an analysis of the ways in which sexuality and gender interact with violations of rights to live free from violence, torture, and deprivation of life. Many of the violations on these grounds take place in the so-called “private” sphere. It is extremely important to understand root causes and draw attention to all forms of violence and killings, especially those that in the private sphere that may require a multi-sectoral response that includes the state, UN mechanisms, academic institutions, the media and civil society, to name a few.
The video recording can be found here.

Trainings in Ghana and Lebanon

It’s been a busy couple of months for ARC and its partners in terms of trainings. We were very happy to reunite with COC Netherlands and PAI to deliver our third training on “Regional and International Human Rights Mechanisms” in Accra, Ghana in late July. We were especially pleased to be able to deliver this training fluently in French and English, and were very impressed with the strong engagement from Francophone countries.

In early August, we partnered for the second time with Amnesty International and unnamed partners in the MENA region to deliver a training on “Documenting from a Feminist Perspective” in Beirut, Lebanon. This second training featured an increased number of activists from a broader range of MENA countries and was delivered in English, French and Arabic.

From May 9th to 11th, our Geneva Director Arvind Narrain participated in “Global Convening on Strategies towards Decriminalisation of Homosexuality” – a conference at Swakopmund, Namibia. The meeting, organized by Positive Vibes along with the Open Society Foundation and other partners, provided an opportunity to take stock of the current state of the battle against criminalization at the global level. Clearly one of the significant advances was the decriminalization of same sex relations in Belize, Seychelles and Mozambique. The conference also crystallized, from the experiences around the world, an approach to decriminalization which sees litigation, community mobilization and public action as three sides of the same coin. The outcome document of the conference is eagerly awaited.

ARC’s Arvind Narrain participated in the “Queer Asia Conference: Desire, Decolonisation and Decriminalisation” and spoke on the panel on decriminalisation and activism. Arvind shared his thoughts on the struggle against Section 377 of the Indian Penal Code in the Indian context and opined that the needless suffering caused by the law necessitated an apology by the British Government to all the ex colonies where the law had been imposed without consent. A demand for an apology was a forward looking gesture and not a backward looking one as an apology would remove one of the justifications for the law as activists at the ground could utilize the apology in their struggles. The conference was held at SOAS University of London from 16th – 18th June.
A report on the Conference is available here. 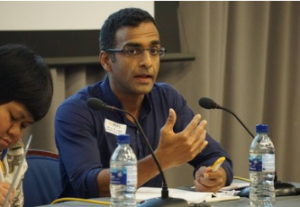 ARC’s ED, Kim Vance, travelled to Miami at the end of May for the World Outgames Human Rights Conference, where she had the opportunity to formally introduce former Canadian Olympian Mark Tewksbury for a dynamic and inspiring keynote address. Despite the challenges encountered in the organization of the Outgames sporting events, the conference (and cultural program) proceeded as planned and offered opportunities for networking and information sharing, especially among groups in North America. The new UN Independent Expert on SOGI was also the closing keynote speaker and there was opportunity for exchange and dialogue with a group of activists that may not normally engage in some of the other spaces where he has spoken. 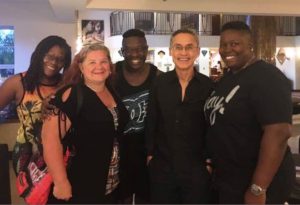 We are happy to announce that we have included on our Webpage information on how all 193 countries in the United Nations have been voting on or signing on to a number of resolutions, amendments to resolutions, and statements on sexual orientation and/or gender identity.
You can find many of these votes and the details for each of the 193 countries in our dropdown box or by clicking on any country in our interactive map. 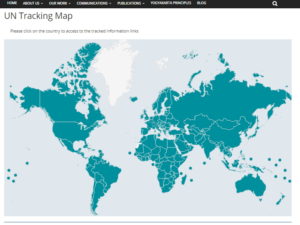 Observatory on the Universality of Rights

ARC continues to participate in the OURS Working Group and was pleased to be part of launch activities in Geneva, and follow-up dissemination of the most recent trends report for 2017 entitled Rights at Risk.

This report is the first of a series on human rights trends produced by the Observatory on the Universality of Rights (OURs) initiative, a collaborative and multi-organizational project that aims to monitor, analyze, and share information on anti-rights initiatives. The report analyzes key trends and developments mapped over 2015 to late 2016 in order to inform and support our collective advocacy.

It is with deep regret that we announce the elimination of one of our newer staff positions. After our restructure in 2015, we were able to create an additional staff position with the primary task of conducting original research and enhancing the information in some of our existing materials. At the beginning of the position, the biggest task was mostly to assist us with a major UPR research project, but we maintained the hope of a long-term enhanced focus in this area. Sadly, due to recent and significant funding cuts we cannot maintain this long-term focus in a dedicated staff position.

Of course, losing a position, also means losing a person, which is that hardest part of this decision. Dodo Karsay has been an incredible asset to ARC, not just in this role, but in previous work as a contractor with us on our 10-year evaluation projects.  Dodo has been nothing but understanding and wonderful as we make this transition, and will officially end their duties after the European Lesbian Conference in early October. We wish Dodo all the best! We are certain that our loss will be someone’s gain. 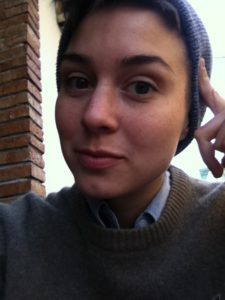 For the last six months, ARC’s work has benefitted greatly from Erin’s contributions as a pro bono Research Associate. She represented ARC at CSW61 and HRC35, and helped preparing our side events on those UN spaces. We have also benefitted greatly from her past work in West Africa in the process of planning co-sponsored training in Ghana with PAI and COC on regional and human rights mechanisms. We congratulate Erin on her new position with Global Affairs Canada, tasked primarily with Equal Rights Coalition responsibilities. We will miss you, Erin!

Yogyakarta Principles +10
September 18-20, 2017 will be the meeting of a Group of Experts tasked with finalizing a set of additional principles and state obligations to the Yogyakarta Principles on Sexual Orientation and Gender Identity. This document aims to take on board new developments in international law with respect to sexual orientation, gender identity and expression, and sex characteristics.

Dignity Initiative
On August 14th, ARC’s ED Kim Vance (and working group member) will be in Montreal for a full day of meetings and launch of the newly structured Dignity Initiative and its International Advisory Board. The Dignity Initiative is a platform set up to engage with the Canadian government on important matters of foreign policy and aid assistance. As Canada assumes the co-chairship of the Equal Rights Coalition, this is a critical moment to solidify a structure and mandate for the platform.

The first Canada Pride National Conference and Conference on the Francophonie
From August 15-18th, Kim Vance will stay on in Montreal for four days of conference activities, and has been invited to speak on three panels, including “L stands for Leader”, “Globalizing Prides”, and “Canada’s role in supporting LGBTI rights”. She is also looking forward to engaging with numerous international guests from francophone countries.

Caribbean Women and Sexual Diversity Conference
As we have been doing in the past years, ARC will support, attend and present at this year’s Caribbean Women and Sexual Diversity Conference. ARC will be represented by our Communications Officer, Mariana Winocur. This #CWSDC2017 is hosted by ECADE and United and Strong and will be held in Saint Lucia, from October 5-9, 2017.

ARC at the first European Lesbian* Conference (EL*C)
ARC’s Dodo Karsay and Kim Vance will be attending the first European Lesbian* Conference in Vienna between 6-8 October. ARC will be contributing with a joint workshop on the state of lesbian organizing in Europe and will focus on how lesbian groups have been using UN spaces in their advocacy work. You can find out more about the conference here. 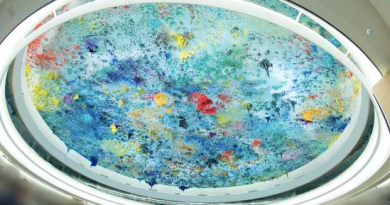 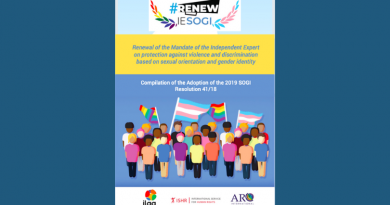