Ottawa, August 2, 2018 – As Canada prepares to host the international Equal Rights Coalition Global Conference from August 5-7 in Vancouver, the Dignity Network calls on the government of Canada to transform its verbal commitments into concrete actions to strengthen human rights protections for lesbian, gay, bisexual, transgender, and intersex (LGBTI) people around the world.

“This high-level conference is a critical opportunity for the federal government to truly demonstrate leadership in advancing human rights protections for LGBTI people both here at home and globally — it’s time to walk the talk,” said Helen Kennedy, Executive Director of Egale Canada Human Rights Trust, which organized civil society participation in the conference. “LGBTI people around the world continue to experience staggering levels of discrimination, criminalization, persecution, harassment, and violence. Strong government support is needed to confront the pervasive state-sanctioned hate we see in so many parts of the world.”

“At this conference we expect strong, bold words in support of LGBTI rights from Foreign Affairs Minister Chrystia Freeland,” said Kimalhi Powell, Executive Director of Rainbow Railroad, a member of Dignity Network’s Steering Committee. “The Dignity Network calls on the federal government to back up those words with firm commitments of decisive, concrete action and funding to transform Canada’s rhetoric into transformative change that will help ensure the rights of LGBTI people around the world are respected, protected, and upheld.”

The Equal Rights Coalition (ERC) is the first intergovernmental coalition, with 39 member states including co-chairs Canada and Chile, dedicated to the protection of the rights of LGBTI people around the world. The theme of this year’s Global Conference is Leaving No One Behind, and it brings together states, development cooperation agencies, civil society organizations, private donors, and other relevant stakeholders to advance LGBTI human rights and inclusive development around the world. This is the first time that Canada has hosted a Global Summit of the ERC. 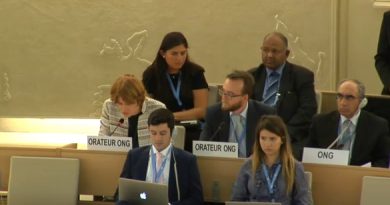 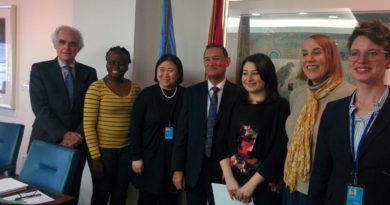 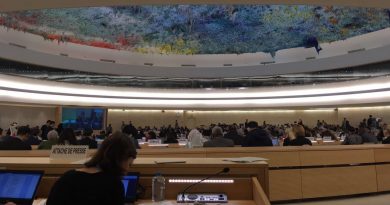