Happy New Year! 2010 was a busy one for ARC International as we’re sure it was for many of you. We are please to introduce a new tool, the ARC E-Bulletin, which will provide a quarterly update in recent developments LGBT rights at the international level. This first edition presents an overview of the various exciting events that took place over the past year. We’re looking forward to another busy year in 2011!

A reference to killings based on sexual orientation was voted out of the resolution on extrajudicial executions at the UN 3rd Committee in November, leaving all of us in a state of shock and disbelief. However, thankfully an amendment to reinsert the reference was proposed to take place during the formal adoption of the resolution at the General Assembly in December, providing the opportunity to ensure our governments voted in line with their commitments under international human rights law. After a massive concerted effort from activists worldwide, lobbying governments at home and in New York, the reference to sexual orientation was reinserted on December 21 with unforeseen support from a wide range of countries. Congratulations to all involved! Regrettably, the resolution did not include any reference to killings based on gender identity.

Ban Ki-moon at the NY event

Friends in New York put together an extremely successful and well-attended high level panel event at the United Nations on ending violence and criminal sanctions on the basis of sexual orientation and gender identity. Speakers included the UN Secretary-General Ban Ki-Moon, State representatives, and fellow activists Linda Baumann (Out-Right Namibia), Justus Eisfeld (Global Action for Trans Equality) delivering a message for Buse Kılıçkaya from Turkey who was sadly denied a visa, Vidyaratha Kissoon (Society Against Sexual Orientation Discrimination – Guyana). The Secretary-General pledged his commitment to fight for the rights persons who face human rights violations on the basis of sexual orientation or gender identity, called for governments to remove criminal sanctions on these grounds, and made a now famous reference to the “neither partial, nor sometimes Declaration of Human Rights, but the Universal Declaration”. 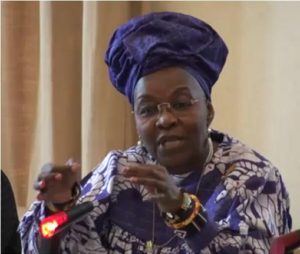 Another excellent high level panel event on ending violence and criminal sanctions on the basis of sexual orientation and gender identity took place at the UN in Geneva on September 17, in parallel to the Human Rights Council session. The High Commissioner for Human Rights gave a keynote address and Archbishop Desmond Tutu sent a wonderfully warm and powerful video message produced especially for the event. Civil society speakers made the day though, with excellent statements and engaged discussion by David Clarke (SASOD, Guyana), Sunita Kujur (CREA) and Alice Nkom (Cameroon), together with a video featuring civil society speakers Sass Rogando Sasot, Viktor Mukasa, and Syinat Sultanalieva. All statements are available to watch on video on our YouTube channel, and more info can be found on our homepage (www.arc-international.org).

In September, ARC was pleased to join with other NGOs in supporting a sexual rights training for advocates from the Global South, organised in Geneva by CREA, and ably facilitated by Cynthia Rothschild. This training brought together activists from Madagascar, South Africa, Guyana, Nepal, India, Uganda, Argentina, Japan, Kenya, Kyrgyzstan and India to explore ways of integrating a sexual rights perspective in the work of the Human Rights Council, the Universal Periodic Review, Special Procedures and other international human rights mechanisms.

REPORT OF THE UN SPECIAL RAPPORTEUR ON EDUCATION

The UN Special Rapporteur on education, Mr. Kishore Singh, presented a report to the Third Committee of the UN General Assembly in New York in October. The milestone report focused explicitly on the right to comprehensive sexual education, including recognition that:

“Sexual education is a basic tool for ending discrimination against persons of diverse sexual orientations. A very important contribution to thinking in this area was made by the 2006 Yogyakarta Principles on the application of international human rights law in relation to sexual orientation and gender identity. The Special Rapporteur fully endorses the precepts of Principle 16, referring specifically to the right to education.”

Unsurprisingly, the presentation of the report led to an involved and lively discussion, with many States accusing the Special Rapporteur of trying to invent new rights, and of overstepping his mandate. Since the report had been written by his predecessor, however, the mandate-holder did not seek to respond to these criticisms.

The text of the report can be found here.

On October 4th the (much dreaded) seminar on human rights and traditional values at the UN in Geneva came and went. The High Commissioner gave a positive statement underlining that traditional values should not be juxtaposed against human rights, and that whilst regional, religious, and cultural particularities must be born in mind, it is the duty of all States to promote and protect all human rights and fundamental freedoms. The Special Rapporteur on Violence Against Women, and the Independent Expert on Cultural Rights reinforced this message, as did a broad range of civil society representatives. Unfortunately a few participants did argue cultural relativity in the application of human rights, including the Russian sponsored panellist, Natalia Narochnitskaya, who insisted that proponents of the universality of human rights “show an almost Trotskyite messianism with a quest to force all cultures into one-dimensional, uniformed and inevitably sterile matter without spiritual impetus”! We can look forward to the presentation of the OHCHR report on the seminar at the 16th session of the Human Rights Council coming up in March.

REPORT OF THE SPECIAL RAPPORTEUR ON THE RIGHT TO HEALTH

At the 14th Session of the Human Rights Council in June, the Special Rapporteur on the Right to Health presented a landmark report which he dedicated to issues of decriminalisation of same-sex conduct, sex work and HIV transmission.  In each case, he concluded that criminal laws are counterproductive and incompatible with a right to health approach. Needless to say the report triggered rigorous debate and we were witness to the first engaged discussion on decriminalisation at the HRC.

LAUNCH OF THE ACTIVIST’S GUIDE TO THE YOGYAKARTA PRINCIPLES

In November we were thrilled to sponsor, in collaboration with a coalition of international NGOs, the launch 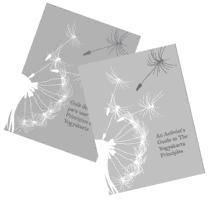 of the Activist’s Guide to the Yogyakarta Principles. The Guide is a comprehensive (as well as prettily formatted) toolkit designed to facilitate a deeper understanding of the Yogyakarta Principles and to encourage their use. We’re hoping that the Guide will encourage a further exploration of the Principles, and the international human rights law on which they are based. Various civil society groups are featured in the Guide as examples of successful community activism based on the Yogyakarta Principles, and will hopefully inspire further creative advocacy in regions around the world. The Activist’s Guide was previewed at the ILGA Europe conference, and launched in both English and Spanish at the ILGA World Conference in São Paulo in December. A French translation is in the pipeline.

Many of you may remember the old ARC website, with its Latest Updates section featuring news from the Stone Age? After sorting through our archives and much patience from our website designer, we now have a brand new sleek www.arc-international.net! Expect more content to be uploaded in the coming months, including a comprehensive section on references to sexual orientation and gender identity at the Universal Periodic Review.

Finally, Since ARC’s workload has greatly increased in recent years; we are thrilled to welcome Sheherezade Kara to our team. Sheherezade is based in Geneva, and was previously working with the UN advocacy team at Human Rights Watch. She now works part-time with ARC as Advocacy and Communications Manager, and part-time with the international solidarity network Women Living Under Muslim Laws as part of their Violence is Not our Culture campaign. We are very grateful to ISHR for kindly providing Sheherezade with office space.

We have a few exciting events to look forward to over the coming months. Firstly, we will soon be announcing the publication of the French version of the Activist’s Guide to the Yogyakarta Principles; second, Kim will be presenting a paper at the International Conference on African Same-Sex Sexualities and Gender Diversity, Practices, Identities and Communities, taking place from February 13 – 16 in Pretoria; third, from 22 February to 4 March, the 55th session of the Commission on the Status of Women will take place at the UNHQ in New York*; and finally, we expect to see another joint statement on human rights, sexual orientation and gender identity at the Human Rights Council in March. Watch this space!

From left: Sonia Correa, John Fisher & Kim Vance at the launch of the Activist’s Guide

Looking forward to working with you all again in 2011!