Human rights issues relating to sexual orientation and gender identity (SOGI) were consistently raised during the 21st session of the Human Rights Council in September 2012. The session was opened by the UN Secretary General Ban Ki-Moon, who expressed his support for Council engagement with SOGI issues. The human rights of LGBT people in Russia was raised as an issue of concern under item 4 of the Council’s agenda. States also debated SOGI issues in the interactive dialogue with the Special Rapporteur on water and sanitation, who had focused her thematic report on stigma as an obstacle to the realisation of rights.

It was a matter of significant concern that Russia proceeded with yet another resolution on traditional values, this time focusing on “best practices” in an attempt to position “traditional values” as inherently positive. Read more here.

Unfortunately, despite significant efforts by NGOs to defeat it, the traditional values resolution was adopted by a vote of 25-15, with 7 States abstaining. Particularly troubling were Russia’s repeated assertion that the resolution was needed to restore the “moral dimension” of human rights, its failure to even consider significant concerns raised by the HRC Advisory Committee in a preliminary report, and the willingness of several delegations, including Uruguay, Chile, Guatemala and Peru, to take no position against the resolution despite sharing the serious misgivings.
The resolution (A/HRC/RES/21/3) “requests the Office of the United Nations High Commissioner for Human Rights to collect information from States Members of the United Nations and other relevant stakeholders on best practices in the application of traditional values while promoting and protecting human rights and upholding human dignity, and to submit a summary thereon to the Human Rights Council before its twenty-fourth session”.

Download the resolution as adopted, with voting records (PDF)

ARC organized two side events at the session. One side event on LGBT rights brought focus to the High Commissioner’s report on SOGI issues. Facilitated by Jeff Ogwaro of the Civil Society Coalition on Human Rights and Constitutional Law, Uganda, the panel featured presentations from Haitao Huang of the Sex/Gender Education Forum in China, Florence Khaxas from Young Feminists Movement, Namibia and CAL, Germaine Trittle of Rainbow Rights Project in the Philippines, and Maria Kozlovskaya of Coming Out, St Petersburg. 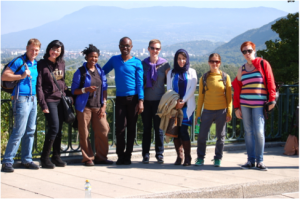 A second side event, titled “Undermining human rights and fundamental freedoms through a misunderstanding of traditional values of humankind”, provided a human rights defenders’ perspective on the threat posed by the Russian resolution on traditional values. Facilitated by Sandeep Prasad of ACPD and the Sexual Rights Initiative, the panel featured Ksenya Kirichenko of the Russian LGBT Network, Masa Amir of Nazra for Feminist Studies, Egypt, Kene Esom of AMSHeR in South Africa, and Allison Jernow of the ICJ.

ARC was pleased to support an ISHR course for human rights defenders, which brought focus this session to activists working on SOGI issues and those from the MENA region. It was a huge privilege to work with such committed human rights activists from around the world, supporting them in their plenary statements, participation in side events, and meetings with government delegations.

In October, ARC Co-Director John Fisher participated in a one-day meeting on “The Human Rights Council’s performance: Prospects and Challenges”, co-hosted by Friedrich-Ebert-Stiftung, the German civil society network “Forum Human Rights” and the German Institute for Human Rights. This seminar brought together approximately 60 experts from NGOs, academia and State representatives to reflect on the performance of the UN Human Rights Council, challenges and opportunities for strengthening its performance and commitment to human rights for all. 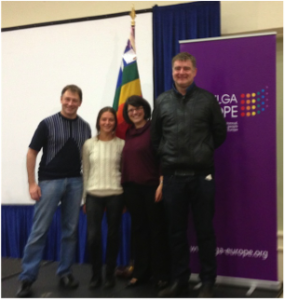 John Fisher and Sheherezade Kara attended the ILGA Europe conference in Dublin in October. The various rounds of conference workshops, plenary sessions, and meetings with colleagues from around the continent were extremely valuable. The workshop presented by activists from Russia and the Ukraine on the growing restrictions on the rights to freedom of expression and assembly of LGBT people in the face of an increasingly outspoken and aggressive neo-Nazi opposition was particularly shocking and moving. We salute the courage and strength of human rights defenders working amidst such hostilities.

Later in October, John Fisher was pleased to have the opportunity to participate in a conference on “The Importance of non-discrimination policies in the Russian Federation – challenges and perspectives”. The conference was co-organised by the Hirschfeld-Eddy Foundation, the human rights foundation of the Lesbian and Gay Federation in Germany (LSVD) together with the Russian partner organisations “LGBT Network” and Moscow Helsinki Group, building on previous conferences in Kiev 2008 and Riga 2010.

At a time when Russia is considering draconian new laws prohibiting a broad range of LGBT-related expression, under the guise of “homosexual propaganda”, the conference involved discussion of national, regional and international human rights mechanisms and strategies for combatting the new laws, and an opportunity to develop networks and support, including with Human Rights Commissioners from several regions in Russia. Following the conference, an experts’ meeting reviewed preliminary results of hate crime monitoring being conducted by the Russian LGBT Network.

• Guatemala accepted a recommendation to consider the possibility of strengthening the necessary measures for the protection and integration of LGBT persons;

• Zambia accepted a recommendation to ensure thorough and impartial investigation into all allegations of attacks and threats against individuals targeted because of their sexual orientation or gender identity;

• Peru agreed to repeal penal sanctions on homosexuality in the police force; to consider enacting legislation that addresses crimes based on sexual orientation, and; to consider applying the Yogyakarta Principles on the Application of International Human Rights Law in relation to Sexual Orientation and Gender Identity as a guide to assist in policy development.

Many recommendations on SOGI issues will be responded to during the UPR report adoption process at the 22nd session of the Human Rights Council in March 2013.

ARC was pleased to be invited to co-moderate, with the OHCHR, an online discussion on development and the rights of LGBTI People. The forum was open from the November 5th to December 7th 2012. Participants were requested to consider what are the most important forms of inequalities faced by people on the basis of their sexual orientation and gender identity that hinder development in both developed and developing countries, what are the major structural root causes of these inequalities, within and among different societies, and how these can be altered or overcome. A second phase of the discussion looked at arguments that are used to counter claims that invoke religion, culture and tradition as reasons not to protect human rights of LGBTI people. The consultations will feed into a report and recommendations to an expert workshop on the post-2015 development agenda.

In November, the UN 3rd Committee voted to include sexual orientation and gender identity as specific grounds for protection in its resolution on extrajudicial, summary and arbitrary executions. The successful vote was in marked contrast to the events of 2010 when the same body voted to strip the resolution of reference to “sexual orientation”, a decision subsequently overturned by the UN General Assembly. This year, the UN body also expanded upon its commitment to the universality of human rights by including “gender identity” for the first time in the resolution’s history. The resolution, which is introduced biennially in the Third Committee, urges States to protect the right to life of all people, including by calling upon states to investigate killings based on discriminatory grounds. It was introduced by the Government of Sweden and co-sponsored by 34 states from around the world. 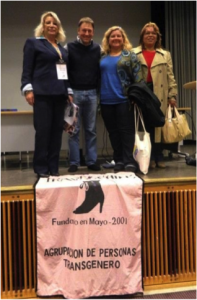 From December 10-16, ARC participated in the ILGA World Conference, hosted in Stockholm by RFSL, where we organised two workshops. The first was a panel discussion on gender-motivated killings of women based on sexual orientation and gender identity, and the second was a roundtable discussion on next steps on SOGI at the UN. Many thanks to all those who presented and participated in these workshops. Co-directors John Fisher and Kim Vance were also pleased to be invited to present at the trans pre-conference, on gender identity at the UN. Read more about the conference here.

John Fisher and Kim Vance at the ILGA trans preconference

Earlier this year, the mission of South Africa in Geneva proposed a series of regional seminars as follow up to the Human Rights Council resolution on human rights, sexual orientation and gender identity, and OHCHR report and HRC debate that were mandated by the resolution. The workshops are due to take place in the various regions in the first quarter of 2013, culminating in a wrap-up meeting in Oslo in mid-April. It is expected that these meetings will lay the ground for a follow up resolution at the HRC at its 24th session in June 2013, marking the two-year anniversary of resolution 17/19. Stay tuned for further information on the SOGI regional meetings as the situation unfolds!

15th session of the UPR

57th session of the Commission on the Status of women

The CSW session will take place at the UN in New York from 4 to 15 March 2013. The two-week session will include a high-level round table, interactive dialogues and panels, and parallel events. 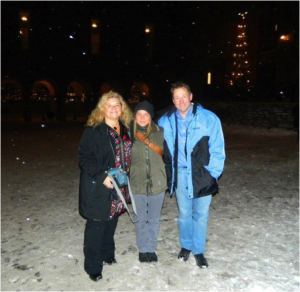 The 2013 session will focus on the following key areas:

• Priority Theme: Elimination and prevention of all forms of violence against women and girls

• Review Theme: The equal sharing of responsibilities between women and men, including caregiving in the context of HIV/AIDS