On 1st September, 2018, Michelle Bachelet took office as the head of the United Nations Office of the High Commissioner of Human Rights (OHCHR) at a momentous time in world history. The post World War II consensus on universal human rights is under attack as never before from authoritarians of every stripe and hue from across the world. In this difficult time, what can the High Commissioner of Human Rights do?

Bachelet has illustrious predecessors who have given new directions to the office of the OHCHR. When it comes to the question of understanding and expanding the role of the OHCHR, her two immediate predecessors have been trail blazers.

Navi Pillai from South Africa -who was the OHCHR Chief from 2008 to 2014- had a distinguished history as the first non white woman to begin a law practise in apartheid South Africa and as a lawyer who defended those charged by the apartheid state. Her history of a deep human rights engagement was reflected in her term in office. She followed through on the commitment to universal human rights by repeatedly speaking up for the rights of many despised and scorned minorities including the LGBTI community. It was under Navi Pillai’s tenure that the OHCHR began a remarkable campaign on LGBTI rights titled the “Free and Equal Campaign’, which took human rights from its textual articulations to a more popular audience using innovative videos on social media. In fact a video on gay rights using the thematic of Bollywood became the most watched UN video of all time. Navi Pillai was unswerving in her dedication to speaking up for ‘unpopular minorities’ and a pioneer in putting  the question of LGBTI rights firmly on the agenda of the UN system.

Prince Zeid al-Hussein of Jordan -who succeeded Navi Pillai and is Bachelet’s immediate predecessor- is a scion of the Jordanian royal family as well as a former ambassador of Jordan. While he was the first Asian, Muslim and Arab to be the OHCHR Chief, he did not have the inspiring activist credentials of Navi Pillai. However, Zeid quickly showed that he was not one to be bound by a narrow conception of a diplomatic role, but instead fearlessly took human rights to a global audience. His tenure overlapped with the rise of Trump and in particular his willingness to critique the standardless actions of authoritarian leaders, bespoke a fearlessness and ability to speak truth to power.

Zeid’s outspokenness flowed from his conviction that the “UN’s collective voice must be principled and strong; not weak and whining“.

Following in the worthy tradition set by Navi Pillai he excoriated states as diverse as Egypt, Indonesia, Azerbaijan and the Gambia for exposing LGBTI persons to violence, hatred and discrimination. In his final statement at the Human Rights Council, he ‘openly deplored’ the refusal of states to cooperate with the mandate holder on sexual orientation and gender identity and specifically named Russia for refusing to respond even to joint submissions from UN mandate holders on “serious allegations of violence, discrimination and exclusion of members of the lesbian, gay, bisexual and transgender community, especially in Chechnya”.

This willingness to speak ‘truth to power’ and function as the world’s conscience on range of issues right from genocide in Myanmar, to the ill treatment of refugees around the world to the continued discrimination against LGBTI persons has now became a necessary part of the role of the High Commisioner of Human Rights. This is a role fulfilled by both Navi Pillai and Zeid and it is incumbent upon Bachelet to continue to fulfil this onerous responsibility.

Zeid also expanded the role of the Chief of the OHCHR to be a global thought leader on human rights issues. Zeid not only responded urgently to ongoing violations, but also set in place a vision for human rights. Both Zeid and Navi Pillai saw that there was a link between past violations against entire groups of people and present violations. To honour the victims of unspeakable violence, one had to reach from the past to the present to combat such violence today.

On world holocaust day he referenced the range of groups who were the targets of mass killing by the Nazi regime including “Jews, Roma, Slavs, disabled people, political dissidents, homosexuals and others”.

What is important about Zeid’s invocation, is that the significance of the world holocaust day is not only about any one group of victims but really multiple collectivities who till today are the targets of genocidal violence in diverse contexts. This is especially important as even after the repeated invocations of ‘never again’, after the Nazi holocaust, the Rwandan genocide of 1993 and the genocide in Srebrenica in the former Yugoslavia in 1995, the world in 2017 again confronts a genocide which has been carried out against the Rohingyas by the Myanmar military.

Zeid saw an important connection between human rights thinking and human rights practise. He has gently encouraged human rights academics to follow Karl Marx’s dictum that, it is not enough to ‘interpret the world’, the point is to change it’. As Zeid put it in a talk delivered at the University of Utrecht,

I asked the audience [of academics and students] –apart from your scholarly articles, are you in the media, in all forms of it, defending human rights? Are you brawling with trolls, relaying cases of injustice, combating stereotypes, lobbying for policy, challenging myths and lies? And the response: no, they were not.

If there is one reason why both Navi Pillai and Zeid were such extraordinary human rights commissioners, it is because they saw that the birthplace of human rights lay in courageous ground level activism and the moral power and force of the voice of the High Commissioner on Human Rights came from a willingness to amplify these voices of those on the fringes of state power, so that states would have no choice but to take those voices seriously.

Both Navi Pillai and Zeid recognized that the role of the OCHCR was to continuously shed a spotlight on what states would rather forget. Zeid acknowledged the heroism of a small band of human rights activists around the world in a moving piece written on demitting office

My hope lies in a set of people not widely known internationally, but familiar to those in the human rights community. Unlike the self-promoters—the elected xenophobes and charlatans—these people do have courage. They have no state power to hide behind: instead, they step forward. They are the leaders of communities and social movements, big and small, who are willing to forfeit everything—including their lives—in defence of human rights.

The work of continuing to be the human rights conscience of the world is not easy. It can take a personal toll. While Navi Pillai did not comment on the personal dimensions of what it meant to be the world’s spokesperson on human rights, Zeid perhaps spoke for both of them when he candidly commented on the cost of doing ones duty as the Chief of the OHCHR. As he put it, “It has been hard on my family and it has affected my relationship with the Government of the country of my birth –the country I had the honour of representing diplomatically for so many years, and it makes me sad this is so.”

One hopes that Bachelet is able to follow in the tradition of her two worthy predecessors and continue to make the role of the chief of the OHCHR a meaningful one by  shedding light on violence and discrimination, giving voice to human suffering and fearlessly confronting lawless states which violate the promise of the Universal Declaration of Human Rights. Speaking truth to power, drawing attention to what states would rather forget and inspiring civil society to continue with the task of making power accountable is part of the vital responsibilities of being the High Commissioner of Human Rights.

Michelle Bachelet with her history of being a victim of torture and ill treatment at the hands of the military regime of Pinochet in Chile has all the credentials for being a fierce and outspoken defender of human rights. Her success is her role is something which has a vital significance especially when human rights are under attack as never before. All those who are concerned about the future of human rights, wish her all success in her new role. 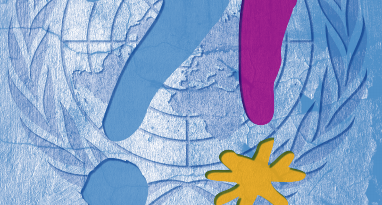 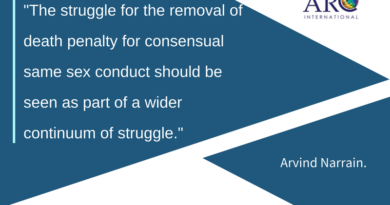