Over a month ago I was at ILGA-Europe’s annual conference in Nicosia, Cyprus. For readers who may be less familiar with the European context, the European branch of ILGA is an umbrella organization of 490 organizations that work on LGBTQI issues, in 45 European countries. Each year ILGA-Europe brings together hundreds of LGBTQI activists from all across the continent to share their work, meet, network, strategize and learn. This is an amazing opportunity for all of us who get to be there – when do you get the chance to talk to hundreds of amazing experts and activists? It’s only events like this or Transgender Europe’s bi-annual Council that bring us all together.1

ILGA-Europe has been organizing annual conferences since 1998 (!) and has certainly come a long way since then in trying to host workshops that are more reflective of the diversity of LGBTQI communities in Europe and the various forms of oppression they face.  However, there is always room to reflect on larger structural issues and this particularly goes for all of us working at well-resourced LGBTI organizations such as ARC or ILGA. I am hoping that this post will contribute to such reflections. The following are only the tip of the iceberg though, so I really hope that more people will join this conversation. 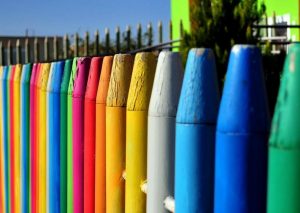 Reflection #1: Who gets to come?

ILGA-Europe invests a lot of money into providing scholarships to make the event more accessible, which is really great. Let’s face it, the vast majority of LGBTQI activists in Europe don’t get paid for their work. I worked in Budapest Pride for roughly three years for zero money and later was a board member of the Hungarian LGBT Alliance, same there.2 Back then I also applied for this scholarship and that’s how I made it to the Riga conference in 2014. Even with a proper salary, the registration, hotel, and flight costs were completely unrealistic for me to cover.

I always wonder though – how many more activists could join if LGBTQI conferences were in low budget hotels and not the Hilton? I’m sure there would be way more of us from Eastern Europe, post-Soviet countries, or the Balkans. Way more trans and intersex people. Way more migrants and refugees. Way more sex workers. Way more LGBTQI homeless people. Way more people of color, including Roma LGBTQI people from countries like Hungary. Way more young people. Way more LGBTQI people with disabilities. And they would not just come to sit on the intersectionality panel. They would just come and that would be the norm. Maybe we would be 800 people instead of 500, much better representing what LGBTQI communities actually look like (not dominantly white, able-bodied, middle/upper-middle class, cis, educated, etc.)

Reflection 2: Who gets to have a safe space?

Big conferences can always be a source of endless triggers, especially if you are trans (and you are told to just love your body and then you will be happy), or you’re a person of color (and a white person starts singing Get up Stand up and other songs by and about the struggles of people of color), or you have mental health problems (and you are surrounded by 500 people in a loud room for instance), and the list goes on. The best would be if we didn’t need to hide from all of this and everything would be more or less safe. That’s not the case though, so it is extremely important to have spaces where you can have some safety and calm.

I did appreciate that there was a quiet room available, and morning meditation sessions. ILGA-Europe has also set aside time for self-organized spaces for years, but it really felt like this year we had more sessions than before (yay!). I signed up to co-host one for non-binary people and another one for queer, trans, and intersex people who identify as having mental health problems. I thought there would be around 10 of us at the non-binary space, and was quite anxious (ha!) that only the three of us hosts would turn up for the mental health space. Boi, was  I wrong! We were at least 20 non-binary people who gathered on Thursday afternoon and more than 10 people at the mental health meeting. I must say these were the most empowering spaces throughout the long four days – I was part of the most genuine, honest, and real conversations about fear, stigma, internalized phobias, pain, trauma, as well as healing, community, support, and hope. I am so grateful that I met the people who came and we could share this space.

Although I am grateful for these sessions, I do wish that the whole conference had more of such spaces. I learned a lot at the workshops and panel discussions throughout, but I was often missing the depth, the rawness, the realness, the anger, the pain, and the connection during these more formal slots. I know more about the topics, and I know roughly who was at the session. But I have no way to connect with these people in depth, to know about their struggles, and their realities.

I do encourage all (of us) conference organizers to always, always make space for self-organized gatherings. I also encourage all of you who feel like you don’t really fit and could really use some support from people who are in some ways similar to you, to seek them out. People will show up and you are surely not the only one needing such a space! I know for myself, that the next time I go to a big European gathering, I will feel much more home when I see those same faces in a big crowd. I will know that I’m not alone having to deal with a panic attack on the flight, anxiety before some stressful events, or my PTSD3 and its various triggers in loud crowds or during heavy sessions about violence and abuse. I will also know that I’m not the only non-binary person who feels like no group is really able to talk to their experiences and needs back home.

So thank you self-organizers and all of you who came! See you next year, in what I hope will be a much more representative crowd of LGBTQI people across Europe.

1. There are other similar events, like EuroBiCon that happen much less frequently. EuroBiCon is a conference for bisexual persons, activists, researchers, etc. that took place in 2001, 2003 and 2016. https://www.eurobicon.org/. Other events include festivals, or more thematically focused gatherings.

2. The board members of the Alliance are all volunteers. In 2015 we got a one-year project grant that allowed us to hire two people part-time and cover the project costs. As part of the project I was paid to write a toolkit and translate another one.