Statement by the Allied Rainbow Communities International in collaboration with Sangama 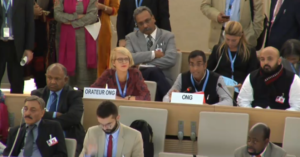 We strongly welcome the judgment of the Indian Supreme Court in Puttswamy v. Union of India where the Court declared that the right to privacy is protected under Article 21 of the Constitution. We also note that the Supreme Court has observed that the decision in Suresh Kumar Koushal, recriminalizing the lives of LGBT persons was a ‘discordant note’ in its jurisprudence and strongly reiterated that LGBT persons are entitled to the right to privacy and dignity like all other citizens. We urge the Union of India to act in accordance with the Supreme Court ruling and to take all necessary action to protect the rights of its LGBT citizens including the repeal of Section 377 and full compliance with the Supreme Court decision in NALSA v. Union of India.  We note that the Bill on transgender rights currently pending with parliament fails to meet this standard.

We also note with concern the rising tide of intolerance, which has created a climate that allows for brutal violence against minorities and dissenting voices including lynchings and targeted assassinations. As the High Commissioner noted in his Report, ‘The current wave of violent, and often lethal, mob attacks against people under the pretext of protecting the lives of cows is alarming.’  Gauri Lankesh, an independent journalist, free thinker and critic of the government is the latest victim in this string of assassinations which include Pansare, Dabholkar and Kalburgi. We urge the government of Karnataka to take swift action to nab the culprits and urge the Union of India to condemn the latest killing in no uncertain terms and also outline a plan of action to respond to these forms of hate crimes and the hate propaganda that foments vilification of diverse viewpoints.

The values which animate the Indian Constitution including inclusiveness, plurality, and the liberty of thought, expression, belief, faith and action are at stake. These values are nurtured through the vigorous actions of a vibrant   Indian civil society which is under threat today. India must act to protect these freedoms and thereby keep alive the values of the Constitution if it is to continue to take pride in being recognized as ‘the world’s largest democracy’.