Delivered by Arvind Narrain in collaboration with  partner organizations from the Caribbean and Sri Lanka. 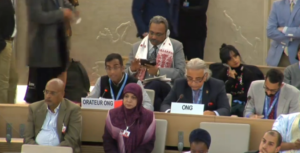 The UK this year marks years of decriminalization of same sex relations in the UK through the enactment of the Sexual Offences Act, 1967 and as part of these celebrations has ‘pardoned’ those convicted under these laws. While we commend Britain for issuing pardons for those convicted under the anti sodomy laws, we would like to remind the UK that their responsibility is wider.

The act of apology has as its essential component, a commitment to non-repetition. The UK by both owning and apologizing for this law, makes a clear statement that the law is a coercive, brutal colonial imposition. The apology will clarify that this law is an imposition and not part of the indigenous tradition of the ex-British colonies. The apology provides LGBT activists in all parts of the Commonwealth a tool to argue these laws are an ‘alien legacy’ disowned even by the progenitor of these laws.

We seek an apology not to look backward but rather to look forward. By apologizing the UK removes a key justification for the laws, i.e that it is part of the culture of the countries we come from. The apology is a forceful reiteration of the fact that the criminalisations of same sex relations has nothing to do with precolonial cultures or traditions but everything to do with outdated Victorian moralities and by so stating will immeasurably strengthen the hands of those fighting for freedom from these laws.