The bold commitments in the 2030 Agenda for Sustainable Development are being tested by the COVID-19 pandemic. Many long-standing inequalities and vulnerabilities impacting LGBTI people globally are magnified by this crisis. Governments must take action that specifically aims to include LGBTI people in policy responses to ensure no one is left behind. This is an opportunity to get back on track and radically shift “business as usual” to benefit the most marginalized and furthest left behind.

This July at the High Level Political Forum on Sustainable Development, United Nations Member States will focus entirely on how to take accelerated actions to realize the “decade of delivery” for the Sustainable Development Goals (SDGs). The SDGs were adopted in 2015 to build upon the Millenium Development Goals and achieve transformative growth across economic, social, and environmental dimensions of development. Included in the SDGs are targets to eliminate discriminatory laws, reduce all forms of violence, and end AIDS by 2030. The latter includes advancing HIV data to produce better measurements of infections by sex, age, and key population, including gay men and other men who have sex with men, people who use drugs, sex workers, and trans people.

Lack of political will has caused the world to be largely off track to achieve these targets, even before the pandemic. While 2019 saw the decriminalization of consensual same-sex relations in Angola and Botswana, Kenya and Singapore upheld criminalization, and Gabon newly criminalized consensual same-sex relations. Due to widespread stigma, discrimination, violence and exclusion from health and economic systems, HIV incidence is largely unabated, and even on the rise, among gay men and trans people in many parts of the world. Key populations now account for 54% of new HIV infections.

COVID-19 has increased stigma and discrimination, as some governments return to the old trope of blaming LGBTI people and other socially marginalized populations to justify further exclusion and negligence. Many of the punitive, pathologizing and discriminatory laws that prevented LGBTI people from benefitting from the 2030 Agenda are also causing increased hardship and disproportionate difficulties due to COVID-19 among LGBTI people.

LGBTI people are among every strata of society, with multiple and intersecting identities which compound discrimination:  ethnic and racial minorities, poor people, people living disabilities, migrants, incarcerated people, and people without access to stable housing, water and sanitation. Even before the pandemic, LGBTI people were disproportionately affected by social and structural forces leading to increased health disparities along almost every metric.

There is already evidence that vulnerabilities are amplified for LGBTI people during the COVID-19 crisis. In a new report from OutRight Action International, interviews with LGBTI activists around the world show that food and shelter insecurity are on the rise, health care access is even more disrupted, and the risk of family and domestic violence is elevated.

In Hungary, a State of Emergency was used to propose and pass a law preventing transgender people from legally changing their gender in identity documents. In Uganda, police raided a shelter serving LGBT people and arrested 23, claiming that they were disobeying social distancing orders. Some governments, like the United States, have used the COVID-19 pandemic as an excuse to define abortion as non-essential health care and gender affirming surgeries as elective procedures.

Increased policing to enforce curfews and stay at home orders has resulted in widespread harassment, abuse, and in some cases death, of LGBTI people. Some countries have enacted mobility restrictions based on sex (such as Perú, Colombia and Panamá), exposing non-binary persons and trans people to harassment, detention and torture.

Discrimination and exclusion cause many LGBTI people to depend on informal economies for survival, including sex work. These individuals have been particularly impacted by the pandemic, as they are typically unable to receive support from social protection schemes provided by governments. A preliminary rapid survey of over 2700 gay men and other men who have sex with men on the social networking app, Hornet, indicates that 40% of respondents around the world anticipate an income reduction of over 30% due to the COVID-19 pandemic. 19% of respondents reported reducing meal sizes or cutting meals completely to save on costs.

COVID-19 has also had an enormous impact on millions of refugees, including LGBTI asylum seekers and refugees who are stuck in limbo as governments are shutting their borders. Worrying health and hygiene circumstances of refugee camps and detention centres in many countries without adequate health services leave people at very high risk of severe consequences from COVID-19.

The mantra of “leave no one behind” was meant to guide the SDGs. However, the lack of explicit inclusion and naming of LGBTI people, combined with widespread and pervasive stigma, discrimination, pathologization, criminalization and violence, means that social welfare and protection systems continue to overlook us. This is being felt all over the world, as unemployment caused by the crisis leaves LGBTI people–especially those further marginalized by multiple identities–without work while trying to access State services.

Amid the above-described circumstances, another frightening dimension of the current COVID-19 crisis is widespread uncertainty regarding the funding and sustainability of LGBTI organizations. Donor priorities have shifted to COVID-19 emergency responses and widely prioritize large implementers over community-led groups. As LGBTI people continue to be denied essential services and face discrimination during this time, the need to rely on community-based and -led organizations is critical. The dire prospect of loss of funding for community-based and -led organizations as a result of the COVID-19 crisis is troublesome especially given the role they play in reaching LGBTI people and other marginalized and stigmatized groups with the services they need and their key role in monitoring and reporting on human rights issues.

The COVID-19 crisis underscores the importance of strong, community-responsive and rights-based public health systems that are accessible to all. The crisis also reinforces the need to accelerate efforts towards achieving Universal Health Coverage (UHC), a target included in the Sustainable Development Goals. To do so, we must ensure the meaningful involvement of LGBTI communities in policy making, the delivery of services, and the protection of rights. Community efforts must be backed by reliable, community-validated data disaggregated by sexual orientation, gender identity and expression, and sex characteristics.

The COVID-19 pandemic is an opportunity for governments to urgently evaluate what has and has not worked for the most marginalized LGBTI people. We need governments to adopt strong and inclusive policies and measures that effectively consult and engage communities, including:

Only if States and other stakeholders address the unique challenges of stigma, discrimination, violence and criminalization faced by LGBTI populations, inside and outside of the pandemic, will the 2030 development agenda be a reacheable goal.

The LGBTI Stakeholder Group is a formally recognized entity within the Major Groups and other Stakeholders structure, composed of global, regional, and national civil society organizations and activists concerned about the inclusion of LGBTI people and SOGIESC issues in the 2030 Agenda. 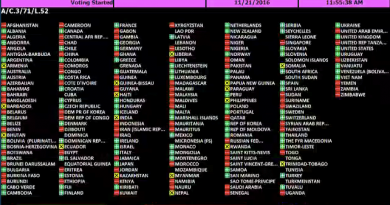 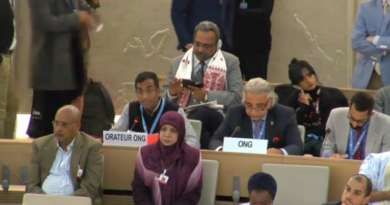 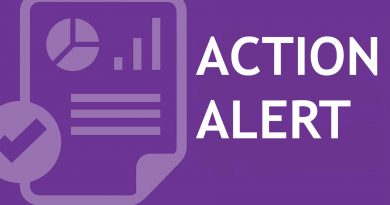 ACTION ALERT: Mandate of Independent Expert on SOGI under Threat!