Just a few months into ARC International’s restructuring, we welcome Geneva Director, Arvind Narrain, and Communications Office, Maria Fontenelle, with great anticipation as they actively engage in their new posts. We, of course, continue our work at various levels, including within the UN and with grass roots organisations across the globe.

At this very moment, ARC is very excited to be a partner with the Pacific Sexual Diversity Network and DIVA for Equality in sponsoring the inaugural Pacific Human Rights Conference (PHRC) on Sexual Orientation and Gender Identity (SOGI), which is being held from 11- 14 May 2015 in Nukualofa, Kingdom of Tonga. ARC Executive Director, Kim Vance, has been part of the planning committee and is in Tonga to facilitate sessions on human rights, and conduct UN training, as well as participate in the incredibly rich conference programme.
Exploring “Paragraph 96 and beyond” at CSW59On March 10, over fifty (50) people from all over the globe attended a panel at the UN Commission on the Status of Women, sponsored by ARC, ILGA  and COC Nederland. Panelists offered historical accounts and research examining the impact of the Beijing Platform for Action within various UN fora, and on the lived realities of LBTI people across the globe. 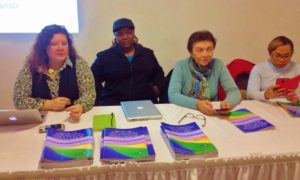 Also contributing to the panel were Gloria Careaga Perez of Fundacion Arcoiris, Mexico, Mikee Nunez-Inton of the Society of Transsexual Women of the Philippines and Monica Tabengwa of Pan Africa ILGA, Botswana.

Illuminating Sexual and Gender Minority Resources in a Global Context

ARC Co-Director, Kim Vance, was pleased to learn that her co-authored chapter,entitled “Beyond Death Threats, Hard Times, and Clandestine Work: Illuminating Sexual and Gender Minority Resources in a Global Context” (Mizzi, Hill and Vance) will be published in a new book, “Disrupting Adult and Community Education: Teaching, Learning, and Working in the Periphery” to be published by the State University of New York Press.
Envisioning Global Publication

In addition, her two co-authored chapters, “The rise of SOGI: Human Rights for LGBT people at the United Nations” (Vance, Mulé, Khan and McKenzie), and “Cultural discourse in Africa and the promise of human rights based on non-normative sexuality and/or gender expression: exploring the intersections, challenges, and opportunities” (Tabengwa, Mbaru and Vance), have been accepted for the Envisioning Global LGBT Human Rights book, which will be published by The Institute for Commonwealth Studies at the University of London.

ARC’s new Geneva Director Arvind Narrain will contribute a chapter to the book on the status of LGBTI human rights globally. The chapter is titled  “Vacillating between Empathy and Contempt: The Indian judiciary and LGBTI rights’.
Envisioning Global has also accepted a chapter “Compliance and Resistance: Fruits of criminalisation” by ARC Communications Officer Maria Fontenelle, who is also among the Caribbean editors of the publication.

As a Canadian-based organization, ARC feels that it is important to not only engage at the global level, but to also hold its own government accountable for the role it plays in the international arena. That is why ARC is member of the founding working group for the Dignity Initiative. Formed shortly after the World Pride Human Rights Conference, held in Toronto in June 2014, the Dignity Initiative is a network of organizations and individuals from across Canada interested in encouraging a stronger Canadian voice on human rights issues facing LGBTI communities around the world. The initiative has the twin objectives of strengthening both solidarity work by Canadian civil society groups and Canada’s foreign policy commitment to the realization of human rights for LGBTI people internationally. Find out more about this new development at http://www.dignityinitiative.ca.

The 28th session of the Human Rights Council was held in Geneva from the 2 – 27 March, 2015. It followed the historic 27th session in which a resolution on sexual orientation and gender identity was passed for only the second time in the history of the HRC.  The 28th session built upon the achievements of the previous session by both states and NGOs referencing the historic resolution (A/HRC/27/32). The 28th session was marked by supportive state interventions on LGBTI issues wherein the opportunities provided by the various sessions of the Human Rights Council were used to reiterate and reinforce their commitment. The states which were non-supportive, marked their position either by denying that LGBTI people came within the framework of protection offered by international human rights law or by being generally silent with respect to the rights of LGBTI persons.

Download our comprehensive report of the 28th session of the Human Rights Councilfor more analysis.

The Observatory on the Universality of Rights (OURs) is a collaborative project to monitor, track, analyze and share information on initiatives that undermine the universality of human rights in international human rights systems, where these are justified using arguments based on extreme interpretations of “religion, culture and tradition” (RCT) and state sovereignty. ARC was pleased to be invited to participate in the working group for this project, which is made up of organizations from diverse sectors who are working to protect and promote the universality of rights and to ensure that the international human rights system remains a space for the protection and advancement of rights for all.

ARC Bids farewell to a pioneer

Friends and colleagues of John Fisher gathered in Geneva on March 27, 2015 as ARC International took the opportunity to officially bid farewell to a man who is acknowledged as a pioneer of SOGII advocacy at the UN in Geneva. 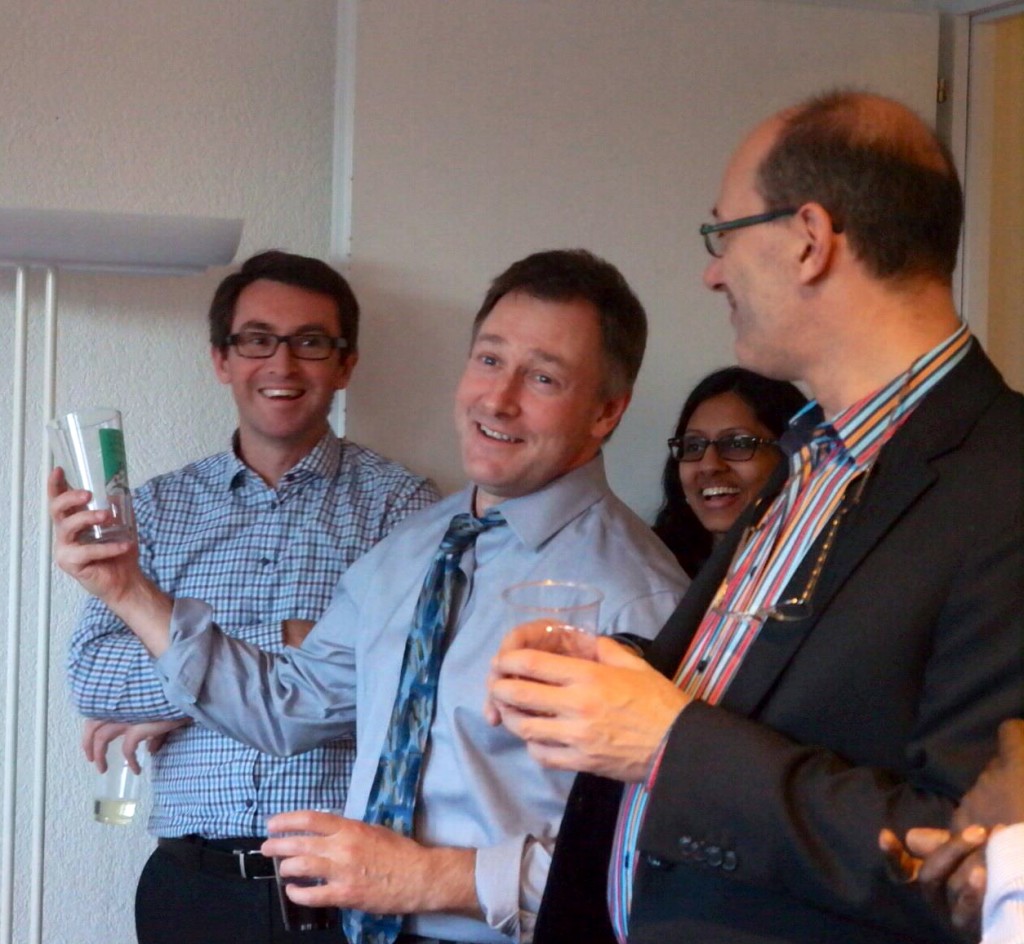 ARC International recognized Fisher’s work as he transitioned from Co-Director of the organisation to Geneva Advocacy Director with Human Rights Watch. Fisher co-founded, with Kim Vance, the Canadian-based organization in 2003. Together, they have worked to strengthen cross-regional networks, enhance international standards, develop accessible materials and build the capacity of groups and individuals to become engaged in UN processes. In 2005, John relocated to Geneva to better facilitate NGO engagement with UN human rights mechanisms. He has been involved in both the institution-building and substantive work of the UN

Human Rights Council since its inception, has developed a broad range of positive relationships with states, NGOs, Special Procedures, treaty body members, OHCHR staff and others, and works actively to connect human rights
defenders around the world with the work of the UN. Fisher was lauded for his generosity and diplomatic skill, and his part of the dedicated and visionary ARC team, whose work was a critical component in achieving many groundbreaking developments such as the 2011 and 2014 SOGI resolutions.

Fisher expressed appreciation for his incredible journey, and the privilege of having worked with Kim Vance, Sheherezade Kara and others to advance the vision of ARC International. ARC’s new Geneva Director, Arvind Narrain, promised to take forward the spirit of collaborative effort and engage in positive dialogue to decisively address the challenges facing engagement at the UN around SOGII issues.
A warm welcome to ARC’s new team members!

ARC International is very excited to announce two new members of our team. The newly created position of Geneva Director will be held by Arvind Narrain from Bangalore, India, and our new Communications Officer position will be held by Maria Fontenelle from Gros Islet, Saint Lucia.

Arvind is a founding member of the Alternative Law Forum in Bangalore, India, a collective of lawyers who work on a critical practice of law. He has worked on human rights issues including mass crimes, communal conflict, LGBT rights and human rights history. He has been a part of two fact-finding reports on sexual minorities in India and was also part of the litigation team that argued the constitutionality of Section 377 before the High Court and the Supreme Court. Arvind’s association with advocacy at the international level has involved significant collaborative work at the Human Rights Council and he has seen first-hand, how international and domestic advocacy can be mutually reinforcing, by linking statements made by India in the Human Rights Council to their domestic challenge and using instruments like the Yogyakarta Principles in the Delhi High Court. 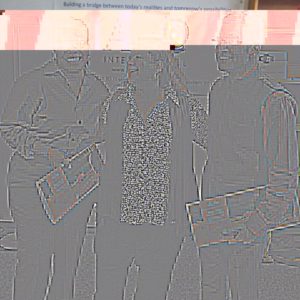 Maria Fontenelle is an independent media consultant with career experience in mainstream media and proficiency in new media. She has contributed to several projects with ARC International in the past, including the 2001 International Dialogue in Saint Lucia, the Envisioning Global LGBT Human Rights Project, and the Caribbean Women and Sexual Diversity Conferences.  She began as print reporter, and has been engaged over the long term with organisations that include the Saint Lucia Media Association, National Consumer Association, the National Volunteer Programme and Saint Lucia National Trust.  Her involvement with LGBTI advocacy has grown steadily in her current work as part-time Communications and Advocacy Manager with United and Strong in Saint Lucia. She has also undertaken initiatives to enhance capacity in the international arena through the Women’s Human Rights Education Institute at the University of Toronto.

Maria will remain located in Saint Lucia and will be responsible for managing the SOGI list, among other things. Arvind has assisted with some remote reporting work during the Human Rights Council in March, and will begin working full-time from Geneva in May. Please join us in giving the new members of the ARC team a warm welcome.

To learn more about our new staff, including an updated profile of Executive Director Kim Vance, please visit the “About Us” page on ARC International’s website.

ARC will be partnering with PAI (Pan-Africa ILGA), COC Netherlands, and ORN (Out-Right Namibia) to deliver a UPR training for African activists in Namibia in early June.

29th session of the HRC
The 29th session of the HRC is due to take place from 15 June – 3 July 2015 at the UN in Geneva. A key event at this session will be the report of the High Commissioner for Human Rights, who was mandated in the second United Nations resolution on “Human rights, sexual orientation and gender identity” (A/HRC/RES/27/32), to update the 2012 study on violence and discrimination on the basis of sexual orientation and gender identity (A/HRC/19/41), with a view to sharing good practices and ways to overcome violence and discrimination.

Communications Officer Maria Fontenelle will be among three Envisioning researchers to present at the Women’s and gender studies et recherches feministes (WGSRF) conference in Ottawa at the end of May. The presentation will focus around research coming out of the Envisioning project.

Stay with ARC International as we continue to build on the solid advocacy around SOGII already established in collaboration with you and other partners.